When I received an S.O.S. comment on Facebook from one of my favorite readers, Maribel, I put on my thinking cap and went straight into action. 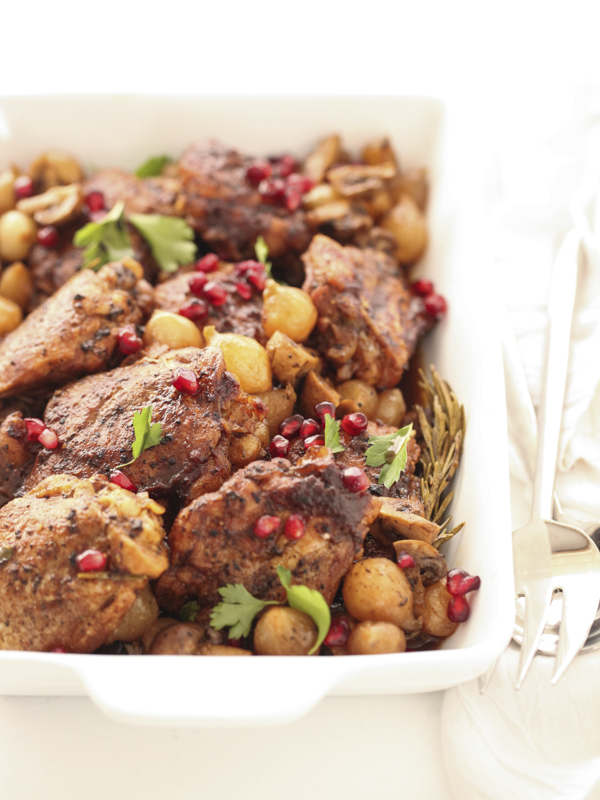 With Christmas Eve approaching in just a wink of an eye, Maribel commented that she was in need of a recipe that had enough style to impress at the holiday dinner table.

But there was one condition. The main dish had to be cooked in a slow cooker. 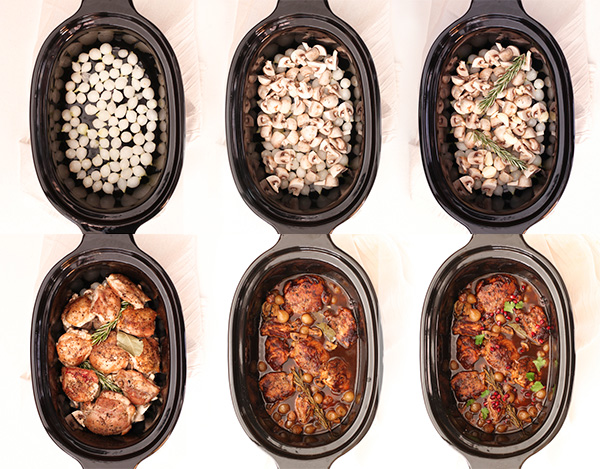 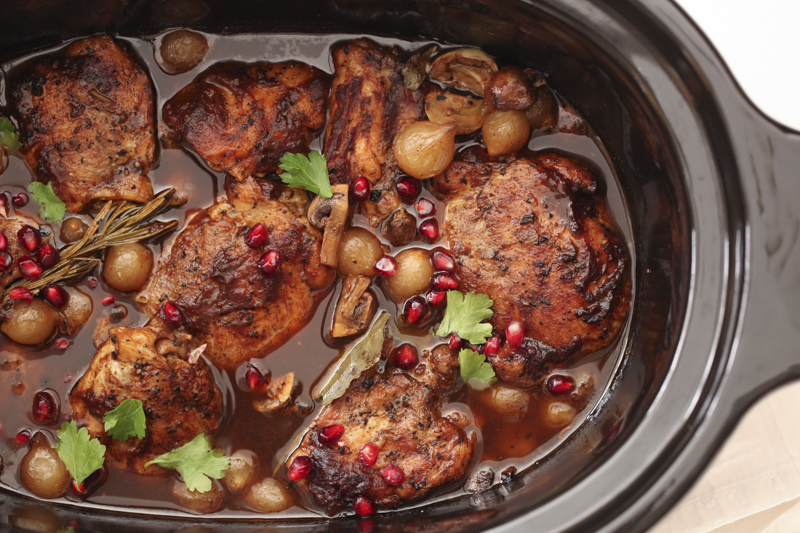 See Maribel doesn’t have an oven. No, I don’t know why—I’m fantasizing it’s because she’s either in the midst of an amazing kitchen remodel or lives in a teepee fashioned with an es long extension chord to a chugging generator or possibly just doesn’t believe in the clutter an oven adds to her kitchen?

I am here to serve.

My husband actually wheedled down, and out, my list of recipe ideas and nailed the idea of this Slow Cooker Balsamic Chicken. While I’m usually averse to cooking a slow cooker meal when it takes browning and dirtying more pans than just the beloved slow cooker, this time I caved to my husband and his browning suggestion for the sake of flavor. And my, my. It is totally worth that extra pan to wash. 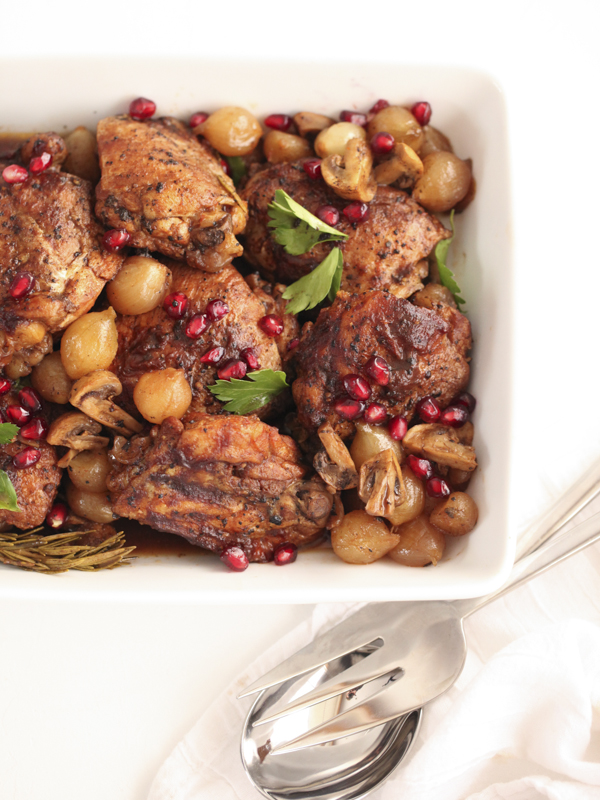 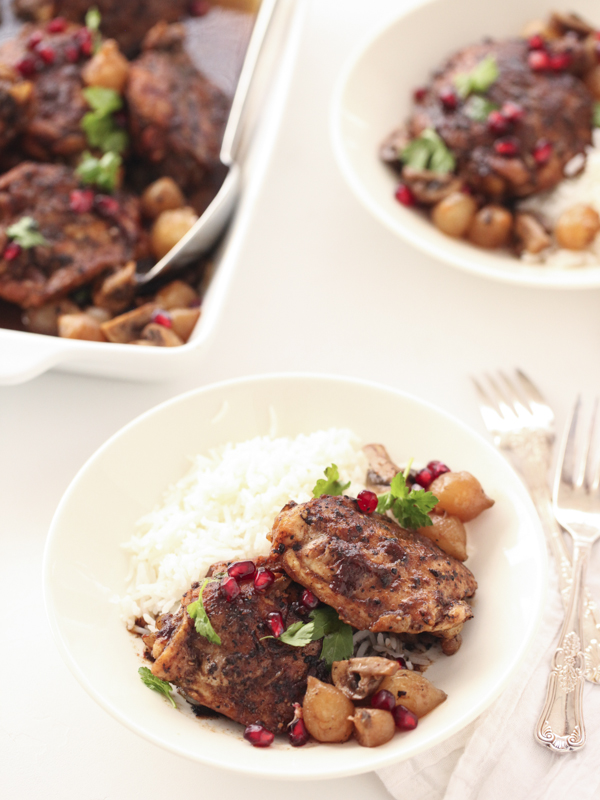 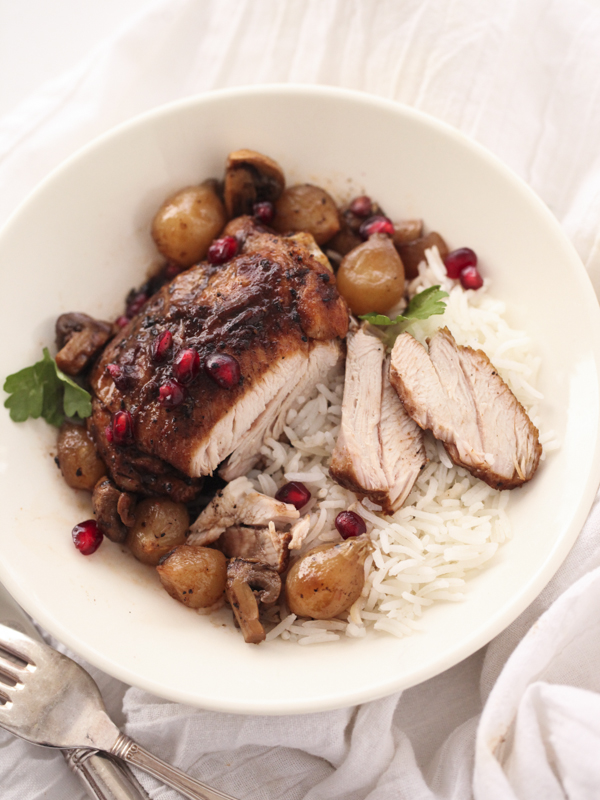 After a quick batch of chicken browning, everything goes into the slow cooker pot. Cooking for just 3 to 3 ½ hours keeps the chicken juicy and sweetened up thanks to that lovely sauce. Be sure to check the doneness depending on your own slow cooker’s cooking habits.

I used frozen white pearl onions both for flavor (I love the sweet flavor burst of cooked onion with each bite) but if you can’t find them, substitute 1 medium size yellow onion thinly sliced or even the white part of one or two leeks to give a mild but delicious onion flavor.

If the balsamic sauce is a little too pungent for you, add another tablespoon or two of brown sugar to the hot sauce to sweeten it up. It’s all up to your taste buds.

Aaand, one you’ll have one more pan to wash. This is totally my husband’s idea. After the chicken is finished cooking, reduce the balsamic sauce by half, add some butter and you’ll create a smooth and succulent balsamic sauce worthy of any entertaining meal. My man had this epiphany after I’d taken photos, so the sauce isn’t shown here.

Serve the chicken over rice or noodles. Even mashed potatoes would make it shine.

Maribel shared she recently moved to Costa Rica where her kitchen is absent of an oven. Her crockpot is now hard at work.