Why is it that something made with just three of cooking’s most basic ingredients can be so terribly intimidating? A food that has the most basic of foundations that in the wrong conditions can go terribly awry, with multiple variations and nuanced secrets handed down from mother to daughter, from pastry chef to novice baker.

You know what I’m talking about don’t you?

To lard or not to lard? Regular unbleached flour or whole wheat? And what about those gluten-free pie lovers?

With a bounty of fresh fruit and an evening BBQ that I had volunteered to deliver a dessert to, I had to come up with something fast, something proven and something delicious.

So instead of poring over recipes and waiting for ingredients to sufficiently freeze, blend and roll, I took the easy way out, dug into my freezer for my emergency stash of store bought Pillsbury roll-up pie crust and went rustic. For the galette filling you can use any combo of fruit, just keep the proportions of sugar and flour the same as in the recipe at the end of the post.

And whaddya know? Noone was the wiser.

If you’re thinking savory is more your flavor, try some of these delicious versions from some of our favorite foodie bloggers. 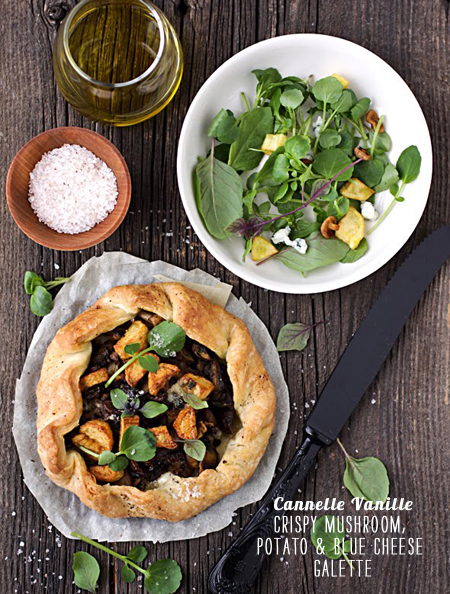 Cannelle Vanille‘s delightfully succulent recipe starts with an herb pie dough that sounds like it could be a task, but is actually a basic dough with herbs and pepper artfully added in, making Aran’s Crispy Mushroom, Potato and Blue Cheese Galette takes earthy mushroom and stinky blue cheese to the ultimate savory level, and perfect to share with family. Just like she did. 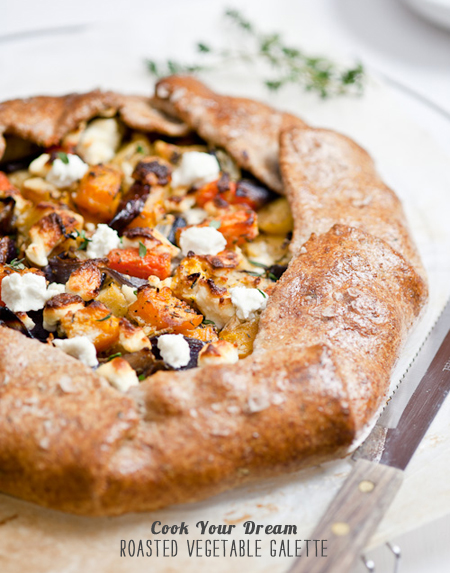 In my book, nothing says savory like Sarka’s combo of butternut squash, rosemary and goat cheese in a crispy crust. Enveloped in a créme fraiche studded wholemeal pie dough, Cook Your Dream‘s Roasted Vegetable Galette is a healthy, all-in-one feast. Now, if I could just stuff the whole thing in a ravioli I’d be the happiest eater on earth. Hmm, I think I have a recipe idea… 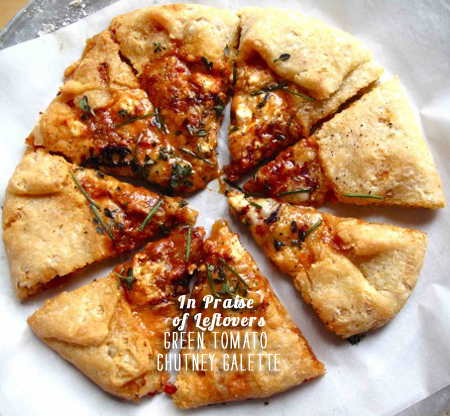 photo > In Praise of Leftovers

Sarah’s last minute tomato harvest provides the rest of us the bounty of her latent gardening habits. Cooking the tomatoes whole and then picking through the sauce for the cooked wrinkled skins is a secret tip to perfecting In Praise of Leftover‘s Green Tomato Chutney Galette topped with brie and chutney. 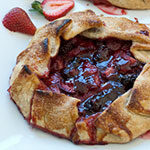 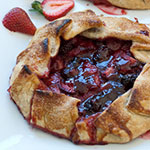 As a final note, we have an exciting announcement coming up early next week. Bloggers, pre-heat your ovens and get ready to start your mixers, it’s Christmas in July.